03. 1988 / Forest Decline
Cause Effect Research In The United States Of North America And Federal Republic Of Germany
Author: B. Krahl-Urban
Published: 1988

06. 1996 / The Forgotten Pollution
From the back cover of the book: “[…]…and particles can be explained by paying attention to the electrical activity of the atmosphere and the earth. Using an instrument, which he has developed the Electrostatic Charged Aerosol Monitor (ECAM), together with other instruments and reference to literature, much of it dating back to the early years of science, when electrostatics was appreciated as a science more than it is today….”
See also: The forgotten pollution, Springer /  Academia, Rein André Roos
Author: Rein A. Roos, Delft University of Technology, Netherlands
Published: 1996 / PDF of the book, to be downloaded here.

19. 2008 / Doubt Is Their Product: How Industry’s Assault on Science Threatens Your Health
Author: David Michaels
Published: 2008
Review of the book:
By: Steven G. Gilbert
Published: 2009

20. 2010 / Merchants of Doubt: How a Handful of Scientists Obscured the Truth on Issues from Tobacco Smoke to Global Warming
Authors: Naomi Oreskes, Erik M. Conway
Published: 2010

30. 2015 / Overpowered – What Science Tells Us About the Dangers of Cell Phones and Other WiFi-Age Devices
By: Martin Blank
Publish Date: 29 September 2015

32. 2016 / The Invisible Disease: The Dangers of Environmental Illnesses Caused by Electromagnetic Fields and Chemical Emissions.
This is a ‘foundation’ book which was the first to make the connections between electromagnetic hypersensitivity sensitivity (EHS) and chemicals used in the manufacture of modern appliances and which are commonly encountered in the modern office place.
Author: Gunni Nordstrom
Published:February 29, 2016

34. 2017 / Corporate Ties That Bind: An Examination of Corporate Manipulation and Vested Interest in Public Health
Corporate Ties that Bind is a collection of essays written by influential academic scholars, activists, and epidemiologists from around the world that scrutinize the corporate reasoning, false science and trickery involving those, like in-house epidemiologists, who mediate the scientific message of organizations who attack and censure independent voices. This book addresses how the growth of corporatism is destroying liberal democracy and personal choice.
Edited by: Martin J. Walker
Published: March 28, 2017

43. 2019 / Цифровой тоталитаризм. Как это делается в России
Digital totalitarianism. How is this done in Russia?
Who are the digital cameras? Is there a difference between a destructive sect and Russian reformers? How are our children driven into an electronic concentration camp today? Why does learning with a tablet lead a child to mental degradation? Who is beneficial to debility?
Author: Olga Chetverikova / Ольга Четверикова
ISBN: 978-5-6042521-1-6
Published: 2019

Review by Alexander / Username: alexvvs
I bought another book by Olga Chetverikova and did not regret it. This book is a continuation of the book “Transhumanism in Russian education.” The issues that the author considers are very relevant. Today, from the high stands we hear about the benefits of digitalization, but it turns out that it is not only good. We hear that the introduction of modern computer technology allows us to get convenient and easy access to information, but we are not told about the dangers of electromagnetic radiation and the effect on a person, on his memory, thinking and consciousness. The most interesting thing is that elite schools still adhere to traditional education.
https://www.livelib.ru/reader/alexvvs

45. 2019 / Hidden Dangers 5G: How governments, telecom and electric power utilities suppress the truth about the known hazards of electro-magnetic field (EMF) radiation – with websites where one can download top-secret papers of WHO, military, US Intelligence Agency
Author: Captain Jerry G. Flynn
Published: November 13, 2019

47. 2020 / The Triumph of Doubt: Dark Money and the Science of Deception
Author: David Michaels
Published: 2020  / Attention: in a short comment on LinkedIn is written that it appears that the book does not cover cell phone radiation.

49. 2020 / The Microwave Delusion – Jonathan Mantle and Brian Stein
https://www.jonathanmantle.com/copy-of-home-1
The Microwave Delusion tells how one highly successful UK business leader’s experience of the damaging health effects of microwave radiation has become part of an international campaign to hold the mobile phone industry to account for its defective safety practices. – This book charts industry and government collusion versus the rise of independent science, leading to campaigns and legal judgements in many countries. It proposes that the roll out of 5G in its present form endangers hundreds of millions of people of all ages. As one independent scientist says: ‘We are taking risks that no rational society on earth should take.’
Published: December 11, 2020

50. 2020 / Tesla’s Curse
An eco-thriller about scientists who venture into a forbidden territory of studies on the impact of microwaves on human and environmental health.
Author: Nina FitzPatrick, pseudonym for Nina Witoszek
Pages: 344
Published: November, 2020
Language: English 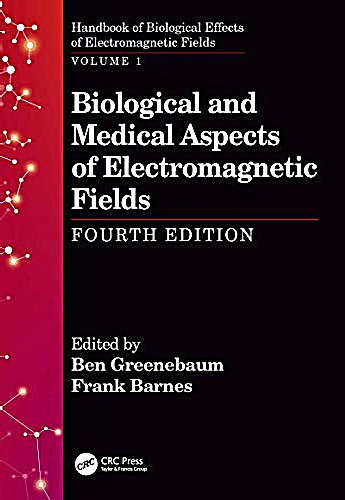 The two volumes of this new edition of the Handbook cover the basic biological, medical, physical, and electrical engineering principles. They also include experimental results concerning how electric and magnetic fields affect biological systems—both as potential hazards to health and potential tools for medical treatment and scientific research. They also include material on the relationship between the science and the regulatory processes concerning human exposure to the fields. Like its predecessors, this edition is intended to be useful as a reference book but also for introducing the reader to bioelectromagnetics or some of its aspects.

• New topics include coverage of electromagnetic effects in the terahertz region, effects on plants, and explicitly applying feedback concepts to the analysis of biological electromagnetic effects
• Expanded coverage of electromagnetic brain stimulation, characterization and modelling of epithelial wounds, and recent lab experiments on at all frequencies
• Section on background for setting standards and precautionary principle
• Discussion of recent epidemiological, laboratory, and theoretical results; including: WHO IARC syntheses of epidemiological results on both high and low frequency fields, IITRI lab study of cancer in mice exposed to cell phone-like radiation, and other RF studies
• All chapters updated by internationally acknowledged experts in the field. Source