Mandala is a Sanskrit word that means “circle”.

In the Hindu and Buddhist religious traditions, their sacred art often takes a mandala form. The basic form of most Hindu and Buddhist mandalas is a square with four gates containing a circle with a center point. Each gate is in the shape of a T.

These mandalas, concentric diagrams, have spiritual and ritual significance in both Buddhism and Hinduism. The term is of Hindu origin and appears in the Rig Veda as the name of the sections of the work, but is also used in other Indian religions, particularly Buddhism.

In the Tibetan branch of VajrayanaBuddhism, mandalas have been developed into sandpainting. They are also a key part of anuttara-yoga tantra meditation practices.

In various spiritual traditions, mandalas may be employed for focusing attention of aspirants and adepts, as a spiritual teaching tool, for establishing a sacred space, and as an aid to meditation and trance induction. According to David Fontana, its symbolic nature can help one “to access progressively deeper levels of the unconscious, ultimately assisting the meditator to experience a mystical sense of oneness with the ultimate unity from which the cosmos in all its manifold forms arises.”  The psychoanalyst Carl Jung saw the mandala as “a representation of the unconscious self, and believed his paintings of mandalas enabled him to identify emotional disorders and work towards wholeness in personality.

In common use, mandala has become a generic term for any plan, chart or geometric pattern that represents the cosmos metaphysically or symbolically, a microcosm of the Universe from the human perspective. 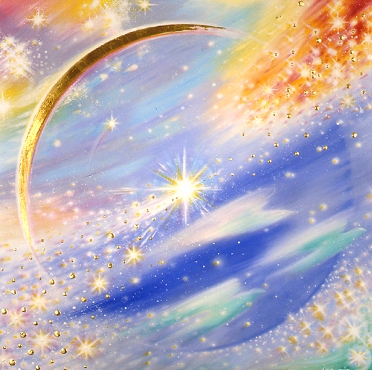 Made by: Marlis Ladurée

C. G. Jung (26 July 1875 – 6 June 1961, Swiss psychiatrist, influential thinker and the founder of analytical psychology), about mandalas: “I had to abandon the idea of the superordinate position of the ego. … I saw that everything, all paths I had been following, all steps I had taken, were leading back to a single point — namely, to the mid-point. It became increasingly plain to me that the mandala is the centre. It is the exponent of all paths. It is the path to the centre, to individuation.
… I knew that in finding the mandala as an expression of the self I had attained what was for me the ultimate.”

Mandala-videos in this playlist and a video as an example here:

A blog about environmental and health related research

Grønne hensikter
Medicine for the Earth

Journeys of Sage L. Maurer, a New England herbalist living in the woods of Vermont ~ Founder of The Gaia School of Healing www.thegreenwoman.com

Diary of an Aesthete